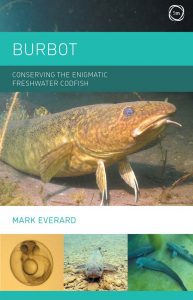 The burbot has a unique ecology as the only member of the order of cod-like fishes found in freshwater. It is the second most widely distributed freshwater fish in the Northern Hemisphere, variously threatened, extinct or thriving across different parts of this wide paleoarctic range.Burbot were driven to extinction from Britain most probably in the 1970s, the last recorded specimen caught in 1969 in Cambridgeshire. Particularly over the past decade, a large body of work has addressed potential reintroduction of the burbot to Britain.The burbot’s diverse habitat and other needs throughout its life stages also mean that the species is a flagship for a diversity of other wildlife of restored river systems, and of the human benefits that these ecosystems can provide.Burbot is an excellent source for all those involved in freshwater fish and fisheries management, conservation and exploitation.